The AAUW-Ann Arbor Branch had two successful fundraisers to support the Digital Divas at Eastern Michigan University (EMU) in the fall of 2019.  On October 24, the 5th Mah-Jongg Tournament included competitors from Ann Arbor, Adrian, Dexter, Saline, Tecumseh, and Ypsilanti. 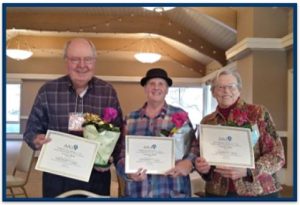 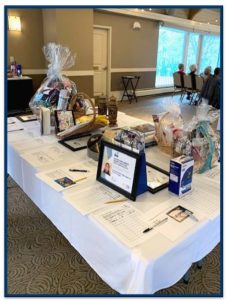 On November 20, the first public Silent Auction attracted bidders not only from the membership but also staff and faculty members from EMU and the general public.  Many thanks for all the generous contributions from members, local businesses and organizations, including Arbor Trust, CEW+ at the University of Michigan, Comic Opera Guild, Contempo Salon, EMU Foundation, Inn Style, LaFontaine Family Deal, Lewis Jewelers, Live in Balance Consulting, Washtenaw Golf Club, Weber’s Inn, and Zingerman’s Bakehouse.

STEM and Digital Divas at the Ann Arbor Branch

The support of STEM (Science, Technology, Engineering, and Mathematics) has been a longtime mission of the Ann Arbor Branch, in support of gender equity for women and girls through research, education, and advocacy.  In 2015, the Board chose the Digital Divas program at EMU as its focus of STEM support.

What is “Digital Divas”?

Twice a year, once in November for middle school girls and again in April for high school girls, students from Southeast Michigan participate in STEM related activities at EMU.  An opening session in the morning features a keynote speaker.  Past speakers included Debbie Dingell, Congresswoman from the 15th District, a female scientist, a female pilot, and a female software engineer, who gave inspiring speeches emphasizing the importance of STEM.

Students then select breakout sessions to get hands-on experience on making cosmetics with green ingredients, creating mobile apps, the use of drones, robotics, and the use of neuroscience technology. Other examples include using patterns from the pattern design software to develop a 3D garment design, using computer software to build 3D models of residential houses, learning some basic security skills to be safe on the web, and/or learning the basics of orthotics and prosthetics, etc.

Session leaders are EMU professors and graduate students, as well as professionals from different fields and organizations in Southeast Michigan.  Attending students not only get breakfast and lunch but also a Digital Divas T-shirt and other gifts to take home.

EMU and the Ann Arbor Branch

For the last eight years, Digital Divas has been managed by Bia Hamed, Student Services Coordinator for the College of Engineering & Technology and Digital Divas Program Director.  Bia Hamed is also a member of the Ann Arbor Branch!

EMU is one of the three College-University partners of AAUW in Washtenaw County.  Bia Hamed and Lisa Comben, Director of Development at EMU Foundation, have been true partners in supporting the Branch’s effort in raising funds for Digital Divas.  They not only actively participate in fundraising activities, providing door prizes and silent auction items, but also invited their colleagues to attend the silent auction.  Some of them became members on November 20!  The University of Michigan and Washtenaw Community College are the other AAUW College-University partners.

For the Digital Divas fundraiser to be successful, the Ann Arbor Branch welcomes and appreciates partners, donors, and all other supporters.  The Branch is included on the Digital Divas T-shirt and in the program book along with AT&T, ITC, DTE Energy, Consumer Energy, LLamasoft Support Chain by Design, and Mercedes-Benz Financial Services, Nexcess, and Atomic Object.

The 6th Mah-Jongg Tournament is scheduled on October 22, 2020 at the Ann Arbor City Club.  The date for the 2020 Silent Auction will be announced shortly.